The Mountain and the Book 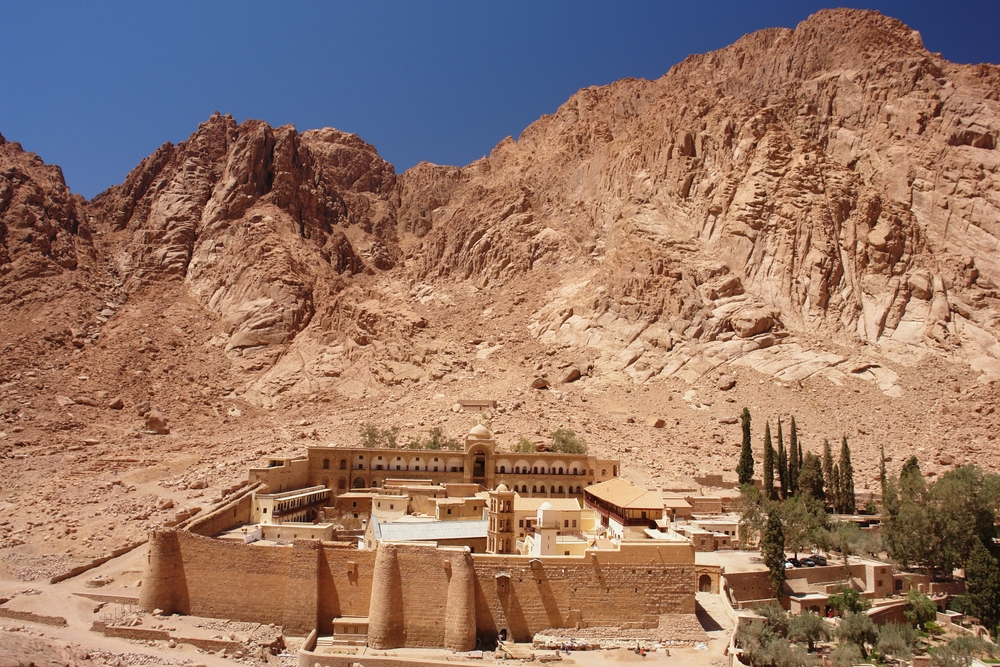 I am in uncharted territory, writing my first novel. The story, or rather it’s setting, has been in my head since April 2010, when the eruption of an Icelandic volcano grounded all air traffic for several days. This meant that the family and I were stuck in in the beautiful resort of Taba on the Red Sea, and the children were going to miss the first few days of school – they were overjoyed.

One of the things we did with this sudden windfall of holiday time was to take a day trip to St Catherine’s Monastery. Greek Orthodox monks have been praying here since the 6th century, when its massive walls were built at the foot of Mount Sinai, the God-Trodden Mountain. Despite the tourists and the buses, I have never had such a powerful sense that I was on holy ground. I was so sad when we drove back – I longed to spend days and nights here, watching the light on the rocks and listening to the silence. Sooner or later, I knew I was going to have to write about it.

One of the most dramatic stories of St Catherine’s is that of the finding of the great Codex Sinaiticus, one of the oldest bibles in the world, by the German biblical scholar Constantine Tischendorf in 1844. For Tischendorf, removing this priceless manuscript from the monastery was a timely act of conservation. For the monks, however, it was an irreparable loss which they still feel keenly.

That was my starting point: the cultural gap between the confident, brilliant young scholar who tricked the community of St Catherine’s out of one of its most priceless possessions, and the monks themselves. Who were they, those devout Greeks who had made their way to this desert fastness to be closer to God? How did they feel about the incomparable treasures of which they were the custodians? No book I have read so far has been able to tell me, but I still want to know. Sometimes only the imagination can provide an answer.